How can biofeedback help children with ADHD? 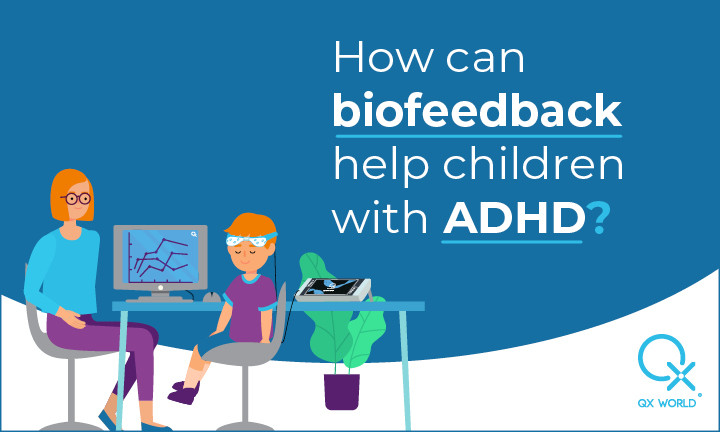 Quantum biofeedback can be an effective tool for people looking to improve their health in numerous ways. While many quantum biofeedback therapy sessions focus on physical problems such as high blood pressure, allergies and so forth, quantum biofeedback is also used to help children who struggle with ADHD. Continue reading to learn more about this innovative approach and how it can decrease or even eliminate the need for medication such as Ritalin.

In children and adults with ADHD, the frontal and parietal lobes – the parts of the brain that enable us to organize, to concentrate and to process sensory information – work differently. More specifically, the brainwaves do not vibrate at the frequency nature intended.

How can biofeedback help?

Quantum biofeedback can be very effective in helping children with ADHD, learning disabilities and even autism. It adheres to the basic principle that all cells in the body vibrate at a frequency that is uniquely designed for them, emitting electromagnetic waves that together form a circuit. Experts sometimes refer to this circuit as the body electric.

To help reset brainwaves that are out of balance, quantum biofeedback devices such as QUEX ED and QUEX S, apply principles of electric engineering. They send soft electric pulses through the body, which are specially designed to target the unbalanced waves.

The power of gamification

Depending on the issues that need to be addressed, different types of biofeedback are available. To help children (or adults) with ADHD to better concentrate, quantum biofeedback therapy taps into the power of gamification.

First, the quantum biofeedback device analyzes the brainwaves of the frontal lobe and the limbic system. The therapist then runs a biofeedback protocol created to boost concentration.

While still hooked to the biofeedback device, the child tries to complete a task that requires special focus, for instance attempting to make a computer animation pause by using their brainpower alone. No keyboard, mouse or joystick is involved. Depending on how the child performs, the animation displayed on the monitor will respond differently and other biofeedback protocols may apply. Through repeated practice, the child’s brain is trained to concentrate for longer periods of time.

Other examples of gamification in quantum biofeedback therapy include trying to make a light flash or stop flashing, or to get a sound to change in volume, tone or beat.

Parents are increasingly questioning the benefits of drugs such as Ritalin, which is often prescribed for children battling ADHD. While certainly not ineffective, Ritalin comes with side effects that may include anxiety, nausea and sleeping difficulties. Quantum biofeedback, by contrast, has no side effects.

Moreover, because the therapy sets out to re-educate the body electric, helping the brain regain its balance, the pathway needed for certain drugs to take maximum effect is smoothened. Even long after the training is over, the brain remembers the new, more efficient paths that have been created and that make drugs or other therapies work better. Having concluded quantum biofeedback therapy, many children with ADHD are able to get by on smaller doses of Ritalin and some even no longer need it at all.

How many sessions does it take?

The number of sessions needed for quantum biofeedback therapy to take effect varies from child to child. On average, fifty-minute sessions are recommended on a weekly basis, for ten to twenty weeks.